We begin each school year sharing the five Great Stories with our elementary students. Lower and Upper Elementary Guides tell the same five stories. Each story, like all good stories, appeals to two essential qualities of the elementary student: imagination and intellect. The first story is Creation of Our Universe and we typically tell it on the first or second day of the new school year.

The purpose of this story is not necessarily to entertain the children, but to set a structure of understanding that carries through the entire time the child is in the elementary class. This framework lays the foundation that allows the child’s scientific understanding to grow through the use of their imagination and intellect.

The elementary child likes to ask big questions and wants to know how things work and function. Given all that, one question perhaps is, “If this story is suitable for a six-year old, is the content suitable enough for an upper elementary student? Is the information rigorous enough to appeal to their intellect?” The short answer is, “Yes.” 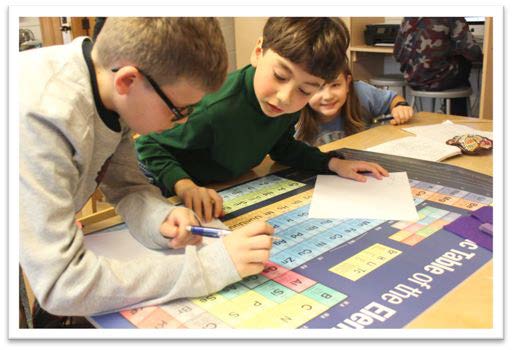 While the story we tell in Upper Elementary is essentially the same story that the children heard in Lower Elementary, there are a few tweaks we make to ensure the story supports the 9-to-12-year-old’s growing imagination and intellect. For example, an aspect of the story describes that some particles are attracted to each other and some are not. We demonstrate this idea by sprinkling small, round paper punch cutouts into a clear, glass bowl of water. The children witness that some paper punch cutouts cling to one another and some prefer to stay isolated.

While we use more general terms for the lower elementary student (such as “particle”), we introduce more scientific nomenclature for the upper elementary student (“atom” and “molecule”). Now that the story has been told, and new, more sophisticated language has been introduced, we have another piece to add to our framework from which we can investigate, teach and learn. 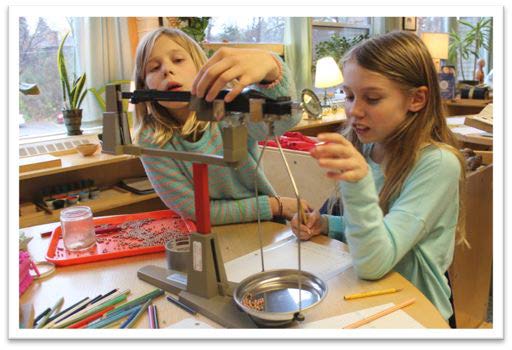 Recently, there has been a wave of this phenomenon happening in my classroom. The students and I have been exploring atoms and molecules in-depth. Often times we reference parts of the first Great Story, like the bowl of water and paper pieces. The students now know that what was happening is a phenomenon that is called atomic bonding. Using the Periodic Table and molecule sets, the students are learning what atomic number means, learning what atomic weight means, learning about protons, neutrons and electrons, and how all of these principles explain why some atoms are attracted to each other and some prefer to remain isolated. The children are also using new tools like a graduated cylinder and triple-beam balance to measure mass and volume of objects. They begin to understand that these
properties in a certain formula lead us to density, which is a key scientific principle in explaining aspects of our earth, such as weather patterns. 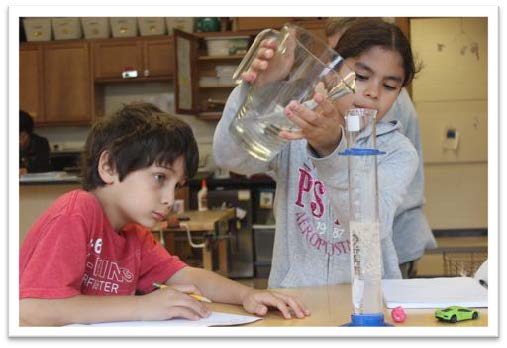 Furthermore, through these stories not only are we appealing to the elementary child’s imagination and intellect, we are also appealing to their human tendencies of exactness and mastery. Montessori classroom environments give the students the freedom to spend the necessary time to master what they have learned and explored. The Montessori method and prepared environments enable students to teach what they have learned to their peers, which is the ultimate test of mastery.

The stories we tell set the framework for further investigation and exploration. Most importantly, the stories appeal to the elementary child’s imagination, intellect and reasoning mind. Our ultimate goal is to nurture in children an on-going love and curiosity of the universe. 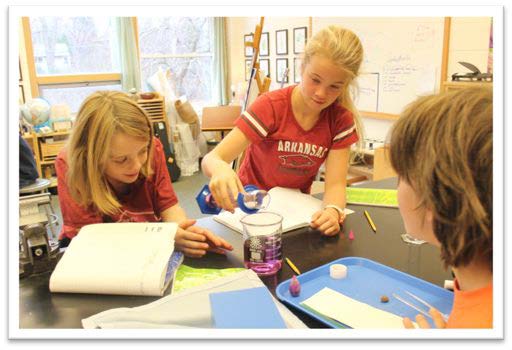